In Case You Missed It: February 07

News and Notes You Need To Know 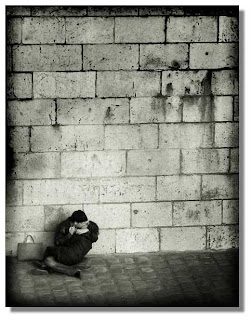 If you thought the only folks happy about the holiday of love were the blokes at Hallmark, think again. Just about every reputable restaurant in NYC is taking reservations up the wazoo... wishing every month had a Feb. 14th!

That said, here is the latest from the plate, just in time to pick up the phone and find you'll be eating at 5:oopm, or 11:30pm.


Say It Ain't So
Word on the street is that Cité, my favorite wine dinner spot in NYC, and possibly one of the best deals on earth, is closing. Something about a lease, blah blah blah. This means, if you like to drink, I mean, really drink.... you'll need to get over there in the coming weeks and indulge.

I Like The View
Is there anything more romantic than watching ice skaters glide across the Rockefeller Plaza ice? Sure, but I gotta tell you, tables underground on the glass at The Sea Grill ain't bad. Valentine's Day provides a Prix Fixe dinner for $88. that includes Sevruga Caviar and a Lobster Risotto, as well as Veal Cheeks for my land lubbing friends. You could do worse.....

Surf and Turf for $75 Bones?
Sure. Nick and Stef's has the deal on the 14th, which also include raw oysters (I think this is good for the date) and a frozen Raspberry cake for dessert. Worth consideration.

Opt Out and Knock Her Socks Off
Why fight the crowds when you can order in? Fresh Direct will show up at the house with a sweetheart of a meal that includes a Double Cut Filet Mignon with twin Lobster Tails or a Gruyére Fondue, killer appetizer and Molten Chocolate Cake for between $69 and $99 bucks. When you consider the cab, flowers, etc... this and a netflix evening could lead to some real romance....

Because You Need It
If you are a coffee freak like me, you need the Capresso Team Plus S coffee maker. The machine, that grinds fresh beans and brews at the optimal temp (which nearly no other coffee maker does) delivers the hottest, best tasting cup of coffee on the home market. For those who own this machine like I do, time to upgrade to the Capresso Coffee Team Therm! Basically the same machine, with a thermal carafe to keep your joe in the 180 degree range for several hours. At $299., the machine is a steal, as the burr grinder in the baby is worth that price alone....

Forget The Diet and Eat King Cake
Since I was a kid, I've been eating King Cakes, and one of my favorites is now on the web... direct from New Orleans. Order the Pecan Praline filled with Cream Cheese and celebrate Mardi Gras with us coonasses.

It's Mardi Gras.... Eat Like You Mean It
I rarely pimp my cajun brothers and their food, but if you haven't had the Jalapeno Sausage Bread and Stuffed Chickens from Bourque's, you haven't lived. Click here, call Shannon and tell them that Andre at ForkNewYork sent ya. The ship it all, and the may be the best sausage makers in Louisiana. Really.


Quick Bites......
How amazing are the Garden of Eden stores in NYC?... The Chelsea store blew me away over the weekend, and sells the best tortilla chips I have ever eaten (in the brown paper bag with the window)..... Chelsea Papaya dogs are just as good as Gray's and a hair cheaper.... "Lupa" has expanded their hours, and are now open ALL DAY... so, forget the lines and go have a late late lunch without the crowds....why haven't I been throwing chicken wings in my convection oven my whole life?... the owners of ForkNewYork favorite "Bin 71" have opened a new joint "Barcibo Enoteca", a few blocks away on Broadway on the Upper West... similar menu, but a large, expanded Italian wine list awaits.... splurge on the Schaller and Weber Black Forest Bacon on your next Fresh Direct order, you won't be sorry.... does anyone do the Atkins Diet anymore?.... I understand the burgers at Ted's Montana Grill are tasty, and plan to see for myself next week.... did Whole Foods really stop selling lobsters because of cruelty?... has anyone visited their pork department?..... the "Dirty" Brand potato chips sold all over NYC are actually "Zapps" potato chips, made in Gramercy, Louisiana and marketed under the "Dirty" chip name.... watch for a future Tuesday profile of mine on "Midtown Lunch", one of NYC's better food blogs..... speaking of blogs, this blog was recently linked on Eater.com, and has been added to BlogSoop.com as well as Digesty and others..... when is the last time you had a bowl of Oh's! Cereal?....
Posted by André Mika at 11:41 AM