Toloache: Can Good Lead to Great?

There is promise, but little time for this midtown newcomer

This is not an observation, but unfortunately a fact. While there is many a place slinging messy burritos, there are few places in the city that can give you a memorable dining experience in this genre. You know it to be true (and don’t be bringing your Rosa Mexicano all up in this).

When I first heard of Toloache I reacted like most…. hmmm, a mexican place in midtown, and worse, in the theatre district. Here comes Chi-Chi’s.

But after a good deal of research, I learned that this effort was honest, and that a great deal of attention had been given to this launch... from design to menu. There is hope!

And then, I went. 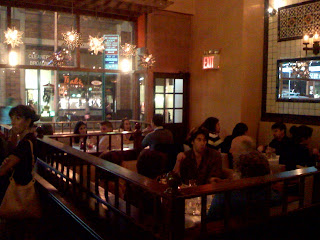 Where Toloache actually falls is kinda in the middle of what I had hoped for…. either a killer baja taco joint, or an exquisite regional Mexican restaurant (think of Frontera Grill or Topolobampo in Chicago).

Let’s look at the good and the bad.

There is genuine effort here, and it shows. The menu is eclectic, the dishes well made and the space functional.

It is waaaaay overpriced, even for midtown… and there is little subtlety in the creation of dishes that could very easily go from OK to amazing. There is very little balance here.

The real question facing the owners and kitchen is will Toloache make the small, detailed changes that flips good restaurants into great ones.

The menu itself is more sexy at first look until the dishes are explained. It’s then you learn that the taco plates (priced from $9 - $14) are actually two small, 2-bite baja-sized tacos. Even as an appetizer portion, ouch. 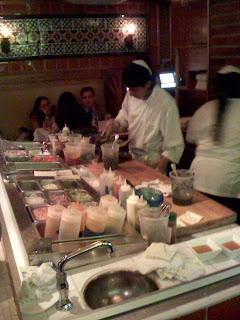 I love love love the idea of a fresh guac bar, but at $20 for 3 small bowls, don’t come hungry. The guacamole is well made and inventive, but the scarcity of the guac itself is a shocker when sharing with a party of 4. They need to rethink this one.

In my opinion, the main course dishes are somewhat out of balance… taste wise. My highly recommended and wonderfully tender Carne Asada, a grilled grass-fed skirt steak with and inedible potato gratin, bland guacamole and incredibly overbearing mole cheese enchilada was a dish gone wrong. I find it hard to imagine screwing up a dish when you start with such a great cut of meat… but the sides on this plate were so out of whack, I literally ate the steak and left the others. A fresh mixture of citrus-based sides with a well seasoned starch would have been just fine with a great cut of beef… what I got was a mole so strong I could smell it when it left the kitchen.

The Enchiladas De Pollo, with dried fig mancha manteles salsa, green apple salad and various mexican cheeses seemed to have a better basic recipe, but still lacked the wow factor I was looking for. It looked to be a large, filling choice… but if you are looking for a value plate of Mexican stuff, you should locate the Chevy’s a few blocks away.

The “Carnitas De Lechon” brick oven roasted suckling pig with habanero-sour orange salsa, cactus avocado and chicharron salad was thought to be the most exciting prospect of the evening, but again fell short. The dish was aggressive in gamey pork flavor, an aspect the other ingredients couldn’t overcompensate for.

Again, the intentions here were good… the preparation not so good. 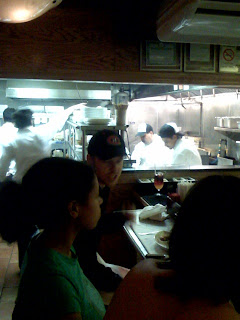 I don’t want to discount what Toloache is doing here, because some of it is cool. Although the room itself (downstairs and up) is cramped and tight, this would be a great after work meeting place for a margarita and a few small plates… including the avocado or cactus fries. The guac bar is a cool addition. The open kitchen is full of energy. The design is hip and appropriate.

That said, the bar has it’s failures (a $10 frozen margarita is tasty but expensive for what looked like a lime slurpee in a cocktail glass… and a tequila shot came in a wine flute) but can be fine for an app and cold beer.

Refine. Look at the dishes. Adapt. Attention to detail… including taste and textures. The food is coming through this kitchen at such high speed that there is no way anyone is doing any type of quality control. Tweaks to the basic menu as well as an upgrade in service will in me over.

Until then, I’m still looking for a decent baja taco joint.