Konnichiwa from the Upper West

Matsu... close your eyes and imagine the Ginza

There are few places in the world that fascinate me more than Japan.

Observing their society became a sincere hobby of mine a few years ago when I was working their fairly regularly… and to this day, I marvel with the efficiency they manage the 12,369,000 people that live in Tokyo alone. It is a mixture of technology and tradition, where glass and chrome skyscrapers neighbor Shinto Shrines centuries old. It is pop culture on steroids… it is soft spoken women in hand made kimonos. 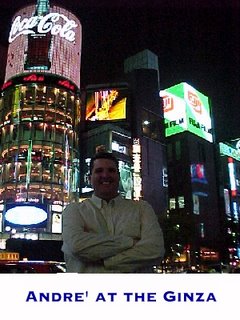 Imagine how popular my 6’2, 280 pound frame was walking down the streets of Shinjuku. In the land of sumo giants, I heard more than my share of gasps and giggles. They must have thought… “now that is one big ass American”.

Truth be told, my first experience in Tokyo wasn’t different from the breakout movie “Lost in Translation”. I was a guest at the Park Hyatt (same hotel), marveled at the view (Mt. Fuji) and could never fall asleep. High atop the Park Hyatt is the New York Bar which really does host American entertainment, including jazz friends of mine from the west coast. I spent a lot of time there. Watching the film was eerie and the insomnia all too real.

That said, sleepless nights fed my hunger to learn the local cuisine… and I fell in love with many different styles of Japanese cooking (at all hours of the night)… including shabu-shabu and robato grilled meats.

But one “fast favorite” of mine became a dish known as katsu-don… or pork cutlet over rice.

The dish sounds simple, and it is… but the flavors are unique and addictive. First, you start with a bowl of hot steaming Japanese white rice. On top, you place a fried pork cutlet, sliced into strips, with an egg (scrambled into the cutlet after frying) and top it all with a sauce that is sweet and salty in nature. The dish now gets sprinkled with fresh chopped green onions and presto; the perfect katsu-don.

As far as origin, the dish takes its name from the Japanese words tonkatsu (for pork cutlet) and donburi (for rice bowl dish). It has become a modern ritual tradition for Japanese students to eat katsudon the night before taking a major test or school entrance exam… and for tourists like me who need to warm up to fairly familiar cuisine before jumping of the deep end and eating something I can name or recognize.
There is an art to making this stuff…. mainly in the skill of breading the cutlet in panko (japanese bread crumbs) and the addition of the egg. The sauces can also vary from a typical katsu-type sauce (imagine a worcestershire thing) to a demi-glace, to a soy based and even miso.

So, no two katsu-dons are alike.

In NYC, you can grab a bowl of this stuff nearly anywhere good Japanese food is sold, making the city pilgrimage a fun one. Where do I order my next katsu-don??

One place that gets it right (as well as all of their food) is Matsu… located on Columbus between 83 & 84 on NY’s Upper West Side.

Matsu is the quintessential NYC Japanese dive… and their food resonates in an authenticity unique to Tokyo. Sure you can find the things you expect… crispy Gyoza, Beef Negimaki, perfect sushi and sashimi…. but you’ll also find blue collar dishes like soba and udon noodle dishes, delicately fried oysters and a perfect Chilean Sea Bass.

I try not to mention Matsu to many people in an effort to not expose this gem of a find… as I can still get a table at 7:30 on a week night. But alas, ForkNY calls, and the cat is now out of the bag.

Matsu offers a pork and chicken version of katsu-don, and both are terrific. But if you can't get to Matsu, I highly recommend you look for the dish at your local dive. If it’s not on the menu, I can almost promise you they'll make a version for you… as when they take their meal breaks…. they're more often than not eating it.