Get Over Your Hangups... Go For The Chicken

Make no mistake about it. I am a fried chicken eatin’ fool.

Maybe it was my southern upbringing. Trips to Popeye’s, Mrs. Winner’s, Church’s, Kentucky Fried Chicken (it wasn’t KFC back then), Piccadilly and even Albertson’s the local grocery store (that still has amazing fried chicken), the legendary but closed Joe-D’s grocery for a fried chicken poboy…. or perhaps homemade chicken in our very own kitchen. 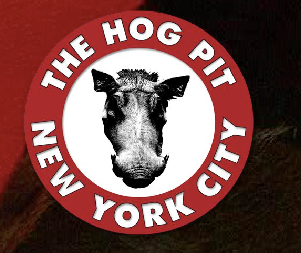 Believe it or not, New York City is fried chicken challenged. Really. Sure, there are a few soul food places north of 116th that can fry some decent fried chicken, and you can read the rave reviews for the chicken at Blue Ribbon (and now Brooklyn Bowl)…. but truth be told, you have to look far and wide for really spectacular fried chicken.

Now, before you shake your head and complain how the Meatpacking Hog Pit was better than the new Chelsea Hog Pit, save it. You are right. Blah, blah, blah.

But we are talking chicken here, and the details around the rest of it don’t change the way these fine folks fry chicken. The place isn’t pretty. The service is uneven at best. The neighborhood is dingy.

I will admit I was a bit nervous ordering. I read the Yelp reviews, the complaining on MenuPages, etc…. but I was so desperate for good fried chicken that I made the call. The stuff from Soul Fixin’s down the street just isn’t doing it for me.

So on its way to my place were two fried chicken dinners… a half chicken (breast, thigh, wing and leg) each, with a cup full of honey on the side…. along with an order of fried okra and cheese grits. I ordered mac n’ cheese on the side as well (I’m not stupid).

What a surprise. The crust, although a bit dark and thick…. was hot and crunchy… just how great chicken should be. I don’t know about you, but in Louisiana the skin part is as important as the inside part. Just sayin.

The skin had a salt and peppery flavor with a hint of garlic and onion… and was superb. When I tasted it, I knew the inside would be perfect, and I was right.

The meat (even the breast) was juicy, meaning the chicken was cooked at the right temp. Someone in that kitchen knows what they are doing.

But do you know the final TELL ALL test? It’s how that darn chicken tastes the next morning coming out of your fridge….and this chicken was terrific. Even more spice had emerged, juicy inside and the skin still crunchy. Wow.

The sides we maybe the biggest surprise.

The fried okra was hot and crispy and perfectly seasoned. If you lived farther than I do from The Hog Pit, this could be come a casualty as they package in airtight plastic containers (that usually leads to soggy fried food) but this was terrific and held it’s own.

The cheese grits didn’t pretend to be something they weren’t… they were just plain good. Processed cheese (I love you Velveeta) and butter stirred into a pot of hot grits. I ate every last grit in that bowl.

The mac n’ cheese was also very good… and not greasy. This is a dish that some places really struggle with, but the kitchen at the Hog Pit has it down. Good texture and flavor, and not overcooked into yellow mush.

The collard greens were also delicious, tender and bacon flavored just like I like them. Again, there is some skill at hand back at the Hog Pit… and it shows in side dishes that have the flavor of these.

I didn’t taste the other sides which include sweet potato fries, baked beans, green beans, etc… but I can tell you that if the okra and cheese grits were happening, I would guess the rest of the sides would also be terrific. Especially when hot.

Well, by know you can guess that I like this place. Or at least the food…. Which has all of a 2 block walk to get to my house…. Great news for me!

There are other southern specialties on this menu like fried catfish and meatloaf which are intriguing… so I’ll be sure and report back.