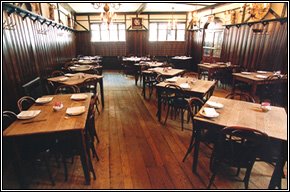 If you missed the beginning, scroll down to read!

The Meal
Getting to the dining room was just about what I expected. A crusty, old German styled room that has the ghosts of a thousand heart-attacks past. The history in the place is so thick you can cut it with a knife… and the thought of those who had come before you to enjoy this meal is good for at least 20 minutes of conversation.

Our waiter, an old Lugarian-type (recognized by one of my colleagues from his childhood visits there) walked up to the table and mumbled… “Hello… do you know what you want”. What happened next was beautiful.

“Yea”, we responded. “We need the you know… with the stuff, and some bacon, too… and the sides of, you know… and potatoes, and the porterhouse for 3”.

That was all that needed to be said.

Keep in mind, looking at menu here is frowned upon, so for god sakes, do your homework. Look at other tables, surf the web… whatever. Just don’t ask for a menu.

Within what seemed like 60 seconds, a group of waiters circled the table, dropping off baskets of bread, a plate of thick sliced beefsteak tomatoes and raw white onions and a gravy boat of yes, Peter Lugar’s very own steak sauce. We launched into the plate, slathered the tomatoes and onions with sauce and went to town. A moment passed, and then arrived what I call the “best slice of bacon on the planet”… this is a mouthful, coming from a southern kid like me, who has pretty much dedicated his life to pork fat.

By the time we sipped a little wine and changed our conversation, the main course was on the table. A bowl of creamed spinach, German style potatoes, and the biggest porterhouse steak I have ever seen…. charred to perfection and sliced for easy access. 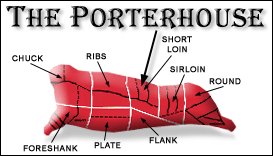 Let’s talk steak. Peter Lugar’s doesn’t sell a steak in a pool of brown butter, nor do they kill it with béarnaise. This isn’t a steak you can cut with a spoon, nor is it a steak marbled to perfection. This is a steak with flavor… Lugar’s calling card. Sure, it’s a nice tender cut, but the dry aging of the meat here screams volumes… it is a taste that is unmistakable… and that has kept folks coming back for, well, forever.

Once we began eating, much of the conversation vanished. Simply to much chewing going on to speak. You get the picture.

Dessert at Lugar’s can also be serious, if you aren’t in tremendous pain. After trying the pecan pie (pronounced pe-khan, not pee-can) I can tell you it is in the variety that would make my Lousiana momma proud…. And the apple strudel. Damn. Top it all off with a Jethro sized bowl of homemade whipped cream, and well…. Call 911.

Making sense to you? How do they do it? Is it the food? Partly. The drinks? Likely not. The ambiance? Eh. But when Lugar’s brings them all together… well, you get Brooklyn magic… and one of the most authentic experiences of my culinary travels.

If you are planning a trip, make a reservation at least 1-2 weeks in advance, and bring lots of cash… they don’t except plastic, and only take Lugar’s credit card, which can be mighty hard to come by.

All of this talk is making me hungry…. So I leave you with this… this week’s recipe. Enjoy…. and remember… be adventurous!... take the fork in the road….. I”ll see ya there.

Sides: Put on a pot of white rice, and stew some okra or green beans with bacon and onion. Biscuit would be nicey-nice.

Serves 4 normal people, or Andre and his brother Allen.

3. Make a roux in the same skillet with the flour and oil added to the browned bits left in the skillet from the chops. Cook to a medium-brown color.

4. Stir onions, garlic, bell pepper and carrot slices into the hot roux and stir and turn vegetables until they are coated with the roux. Lower heat and put top on skillet to sweat the vegetables for about 10 minutes as they brown.

5. Return chops and any juices from the chops to the skillet. Mix brown sugar into the vegetables and chops, cover skillet and cook for 5 minutes more.

6. Uncover skillet and add chicken broth, Worcestershire sauce, chunks of sweet potato and additional seasoning if desired. Stir to make sure the vegetables are covered evenly with the broth. Cover again and simmer for 30 minutes or until chops are tender and the gravy has thickened nicely.

7. If the gravy gets too thick as it simmers, add a couple of tablespoons of water to thin it.

8. Sprinkle chopped parsley over chops and gravy and serve with cooked rice.

Note: Sometimes I add a can of good quality tomatoes when I stir in the chicken broth. This dish reheats well, but why not just finish it off? 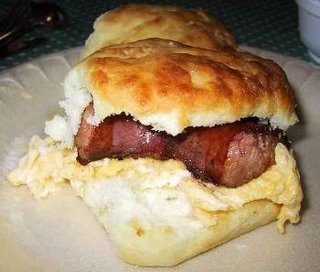